A Fork In Our Path

It’s been a LONG, LONG time coming but I’m finally jumping on to fill you all in on the past 3.5 weeks! I know Lindsay has given you some insight but I want to tag on to what she said and express my side as well!

So August 22nd was the longest, most unbelievable day of my life. To start things off, we went to Peoria on Thursday as a precaution, as Lindsay stated previously, and as things progressed it still looked like it was just that–a precaution and we’d be sent home. Wake up Friday and it’s a totally different story. Doctor Leonardi said he was concerned by Lindsay’s urinalysis and her blood pressure levels and was leaning towards a diagnosis of pre-eclampsia and thus decided to induce us. So in 12 hours time our rollercoaster ride was pretty crazy.

6am Friday – “We’re going to do a urinalysis to be safe but you’ll probably be going home.”

9am Friday – We got moved from antipartum to the Labor and Delivery wing.

Anyway, things moved very quickly after the decision was made. Er, as Lindsay so eagerly reminds me, 🙂 things seemed to move incredbily fast…I wasn’t having the baby! Haha We got moved to a larger labor and delivery room as they started the induction and everything progressed what seemed super quick but time drug on at the same time, if that makes sense? Basically, thinking back there seems like so much happened and it was so vivid but in that moment I felt like time flew by, probably because I was so ready for our baby boy to get here at that point. I will say that time seemed to almost freeze when the anesthesiologist came in to discuss epidurals/spinals and how Lindsay wasn’t a candidate due to her low RBC, platelets and WBC counts. I was devestated for her, as I knew that meant significant pain that I didn’t want her to feel at all. She handled the news rough at first but then came to peace with “it is what it is” and moved on with that unwavering courage and strength we all know.

As time wore on and Lindsay wasn’t showing any more advancement in dilation, they made the decision to break her water. Sounded like a good idea because of how fast it progresses labor and will most likely mean we would meet the little guy sooner, rather than later. However, after they broker her water her contractions went from a 40 on the toco scale to over 100 and it showed. She began to immediately show signs of significant pain and I felt terrible. With nothing but some wimpy pain meds (her pain meds were even further limited due to chemo and her low counts) she proceeded through 6.5 hours of INTENSE labor. I’m proud to stay I stuck it out the entire time with her. We both attempted to mini-nap between her contractions (2-3 min apart) from about 1am to 3am or so before things started to amp up. She finally showed signs of dilation around 3am and then the next 3.5 hours seem like 3.5 minutes in my mind. They had to delay her pain meds and take her off the inducing drug (Pitocin) a few times because little man was showing signs of distress after contractions and unfortunately one of those times happened around 4am. Due to the chaine of events to follow, Lindsay had no pain meds from 3am-birth, roughly 3.5 hours! She was in a lot of pain but she kept her eye on the end prize and kept trooping along with almost no complaints or blow-ups on me! I was shocked because I can be a bit over-bearing at times with all the medical stuff but apparently I kept it in check! 😀 Small victory! Haha

So much happened and it was all a whirlwind that led to the birth of our beautiful baby boy! He came out crying (which was a good thing as he was Meconium and premie) but quickly calmed down after he got put on his mama for her to love on him. The moments after birth are so incredibly vivid in my mind, even 3.5 weeks later, and I hope they always stay that way. I had no intention of watching the birth, as I didn’t want any part of watching that, but I was more or less forced to help out and I’m so glad I did. Birth is disgusting, let me say that right out of the gate…it’s gross and it will ruin a lot of the “magic” of things if you know what I mean…but it is literally THE most incredibly beautiful thing to witness.

The level of respect I gained for what women go through during pregnancy, the restless nights, the uncomfortability, the cravings, the sickness, the emotional insanity and the birth process is inexplicable. There are no words to express the mystical event that is child birth but it will bring a grown man to his knees to watch his significant other go through that process. As soon as your child enters the world and your head stops spinning after the initial shock of it all, you can’t help but get emotional. God does some amazing things but child birth is nothing short of a miracle and as soon as your mind wraps itself around the thought of “That is my child. I made that with this gorgeous woman. That is OUR child. We did this…well SHE did this but I was here to cheer her on and this exhaustive battle called pregnancy is over. We get to take that little baby home with us and love on him for forever.” then you just fill up with happiness. There are still times I feel like I still haven’t fully grasped the miracle that I witnessed that day and I don’t know that I ever will but I’m damn glad that I was there for it. 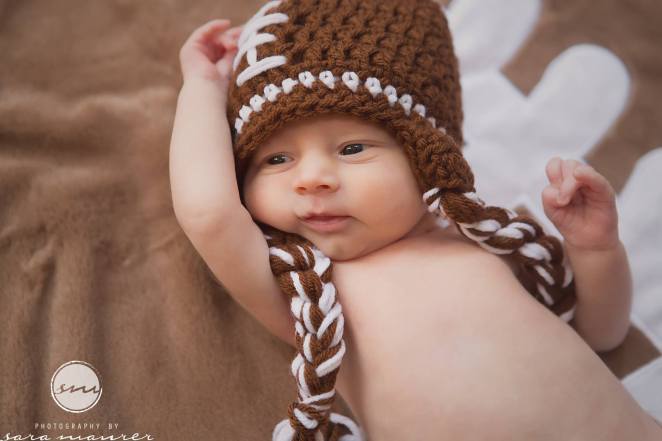 For sake of time and length of this post I’ll just post everyone’s names I can remember here to thank them for their unbelievable care.

Dr. Leonardi, Dr. Ladanyi, Beth, Mandy, Tammy, Mandy, Lori and Jessica, Sue (seriously, I cannot thank you enough for allowing Lindsay to experience what she did because of you), Katie and Janessa, both Theresa’s in NICU, all the NICU nurses we had, all the resident doctors we had, Dr. Clark and Dr. Hocker, Dr. Tarantino, Dr. Boe, all the NICU support staff, the nurses in antepartum and L&D and the staff I inevitably forgot…THANK EACH AND EVERY ONE OF YOU!!!

We had unbelievable care in our time in Peoria and I can’t help but point to the power of prayer and support that got us through our time there! We were absolutley blessed with the best care and words cannot and will never give them the thank you that they deserve.

While we’re on the thank you train, let me thank each and every one of you that read these posts and continue to pray for us and our little family. You have blanketed us in love and made us feel comoforted in a time of turmoil and that’s something special, it makes us recognize what great family and friends we have!

Moving on to the NICU part of our stay, Sue, our nurse after birth, broke some rules/protocol by making sure Lindsay was put in a surgery bed and wheeled over to the NICU, just in time to be able to feed our little guy. I don’t know if Lindsay or Sue saw it or not but I may or may not have got a little emotional in the hallway knowing the rules that were broken to make that very, very intimate and special moment happen between a mama and her new baby boy. It touched my heart that Dr. Leonardi backed her actions and told her/everyone that he came into contact with that they were to do “everything in their power, with his backing” to get her to the NICU as much and as early as possible during our stay. Sue stuck with us through the entire stay in the hospital, taking time from her day/breaks to come and check on us and our little guy and she even is following along with our miracle on Facebook now. After having amazing night nurses during labor, then Sue, we didn’t think anyone could come close. Wrong. We had back to back Theresa’s in the NICU and they were both the sweetest, most comforting and informative nurses and we knew our boy was in good hands.

Bentley was 35 weeks 4 days and had to stay in the NICU (protocol) until he was 36 weeks unless he showed good health, then he would be discharged after he passed testing. We spent 5 days in that miraculous wing of the hospital and I have a new appreciation for both NICU nurses and the families that have the misfortune of spending time in the NICU. We heard stories of 1 pound babies, crack/drug babies, rare-disorders, incredibly complex needs for care and 6 month NICU stays followed by Children’s Hospital stays. I can’t even imagine the courage, strength, persistance, love and patience that it would take to stay there that long and I pray each day now (have since we left) that every single baby and family member/caregiver be blessed by the hand of God and that they all get to go home in good health as soon as possible. Our time in the NICU included way too many heel pricks and bilirubin lights (jaundice lights) but no other injections of any kind or any wires/tubes besides a pulse-ox (oximeter) cuff. We were incredibly luck that despite Bentley’s severely low RBC (red blood cells), WBC (white blood cells) and platelet levels that he was able to slowly rebound before making a drastic jump between hospital discharge until our first pediatrician appointment.

On our 5th day in the NICU we headed home, exhausted and emotional about our time there but Lindsay and I held hands and cried together on our way home, happy to have a monumental step in this journey behind us. Not only was the step behind us but we had a beautiful, sleeping baby laying next to Lindsay and we were taking our miracle home to love on him extra hard now that he was here.

That said, we were at a fork in our journey’s path. We now had our miracle baby here and that battle had been won but now it was time to redirect all our energy on Lindsay and her battle with cancer. Tomorrow marks a big, big day in this new path that we’re on. Lindsay goes in for her PET (positron emission tomography) scans that will determine the direction of the rest of our path. Therefore, we need your prayers more than ever! We need good results from these scans so we can move forward and then move on from this awful, awful disease.

I haven’t even touched on my little Bentley buddy or our last 3 weeks at home yet but I plan to do that tomorrow evening. I just wanted this post out there so we can get everyone’s prayers working and helping us through one more major obstacle of this journey!

5 thoughts on “A Fork In Our Path”